Bitcoin appeared set to end the seasonally bearish month of September on a negative note, thanks to instability in global financial markets, regulatory concerns, and China’s decision to blanket ban crypto businesses.

Despite trading 2.8% higher on the day at $42,200 on Wednesday, the leading cryptocurrency was nursing a 10% monthly decline, the biggest since May, according to CoinDesk 20 data.

The positive market sentiment seen at the start of the month was bogged down by renewed regulatory fears stemming from the U.S. Securities and Exchange Commission’s (SEC) attempts to stop the Nasdaq-listed crypto exchange Coinbase from launching its lending program offering 4% annualized yields. SEC Chairman Gary Gensler doubled down on his call for crypto regulation and compared stablecoins to poker chips. Meanwhile, China’s decision to declare all virtual currency-related businesses illegal and the turmoil in its property market added to the pain.

However, according to analysts, much of the selling pressure came through new investors. “What we see here is that older market participants are sitting tight on their holdings, shown by the average lifespan of spent outputs declines,” Blockware Intelligence’s newsletter dated Sept. 17 said. “As a general rule of thumb, high spending from older entities is bearish, low spending from older entities is bullish.”

Large traders appear to have bought the dip, keeping hopes of a year-end rally alive. The supply controlled by entities holding at least 1,000 BTC to 10,000 BTC has gone up 60,000 BTC this month, according to blockchain data firm Glassnode. Entities are clusters of addresses controlled by the same network entity. This would include both businesses like exchanges and custodians and individuals.

Analysts told CoinDesk last week that China’s stricter ban may have a limited negative impact at worst, and the cryptocurrency is likely to remain resilient to the Federal Reserve taper (scaling back of stimulus) expected to begin next quarter.

Historically, bitcoin has charted the biggest quarterly gains in the October to December period.

Focus now will be on how the U.S. debt ceiling saga unfolds. According to the Treasury estimates quoted by Brookings, Congress needs to raise or suspend the debt ceiling; else, the government won’t have the cash to pay all its obligations.

The S&P 500 fell 2% on Tuesday after a vote on a stopgap spending measure, coupled with debt ceiling suspension, was blocked in the Senate. A continued sell-off in stocks could weigh over bitcoin.

“We see that bitcoin’s 90-day correlation with S&P 500 has increased considerably during this [September] risk-off period. At the same time, bitcoin’s correlation with gold has decreased,” crypto exchange Luno said in its weekly research note. “Although bitcoin has many similar characteristics as gold, it still behaves as a risk-on asset and highly correlates to the stock market during market turmoil.” 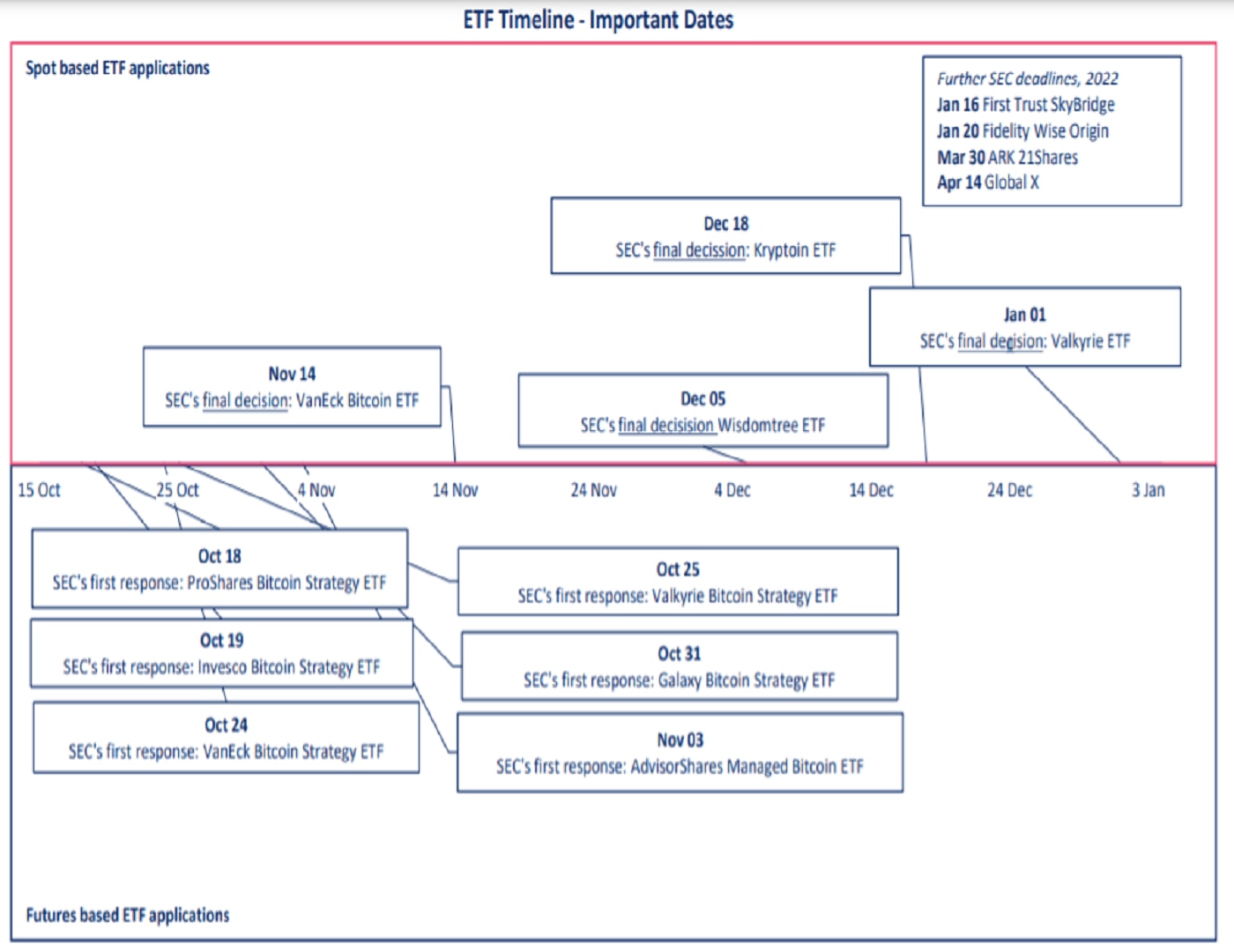 “The final decision date for the spot ETFs (illustrated within the red rectangle in the chart) is rapidly approaching. VanEck will receive the final verdict by Nov. 14th, while the verdict for other funds follows shortly,” Arcane Research’s weekly note dated Sept. 28 said. “We expect that we will see action in the market running up towards these dates.”

Why Is September So Bad for Bitcoin?

Rules of thumb are common in financial literature. Who can disagree with “buy low, sell high” or “decrease your risk

Will My Social Security Benefit Be Lower If I Stop Work At 63 But Delay Filling Until 67?

No, There’s No Such Thing As ‘Investing’ In Eldercare

Still Didn’t Get Your Stimulus Checks? File A 2020 Tax Return For A Rebate Credit Even If You Don’t Owe Taxes

How To Lose $20 Billion In Two Days

Get The Latest Investing Tips
Straight to your inbox

We respect your privacy and take protecting it seriously