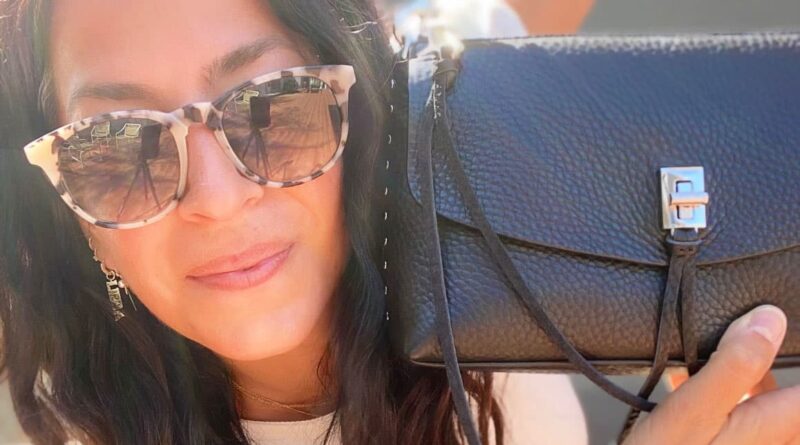 Rebecca Minkoff, who spent 20 years building her business, is hopeful about her post-pandemic future.

When Rebecca Minkoff landed in New York at 18, she had some money saved and big dreams of becoming a fashion designer.

“I had $10,000 in savings from babysitting, bat mitzvah money that I’d never touched, some bonds that I was given,” said Minkoff, co-founder and creative director of her eponymous fashion line.

She blew it all on the material for her first clothing line and expensive look-books, which showed off the line’s look. Only one store called her.

“You never forget that first moment where you’re terrified,” Minkoff said. “That’s all you have.

More from Invest in You:
Almost half of Americans will take on debt in a post-pandemic splurge
Start-ups boomed during Covid. How some entrepreneurs found a niche
Shoe company Birdies soared during Covid and learned a hard lesson

She didn’t let it crush her. Instead, the fashion designer repurposed the fabric and made things that the two boutiques selling her clothing committed to taking on consignment.

“Then I would hand make these post cards,” recalled Minkoff, who chronicles her success and imparts advice in “Fearless,” her new book. “I’d go to Union Square and I’d be like, ‘New designer, up and coming designer, please go see her.’

“I would drive people to these stores so that they could purchase those goods,” she said.

Risk-taking has always been a part of Minkoff’s DNA. She moved to New York instead of going to college, and started her business after being fired from her first fashion job.

Rebecca Minkoff has made a point of talking directly to her customers.

She also was in touch with her consumer early on, despite being told it would damage her business.

“We actually had meetings with every single incredible department store that exists that we were selling to, and also some very powerful [fashion publication] editors-in-chief that said, ‘If you continue to talk to your customer, we just don’t think we can carry you or cover this brand, you are dirtying yourself,'” Minkoff said.

“We were willing to take the risk,” she added.

It paid off — customers were drawn to her in-person events, and retailers stuck with her.

Lessons learned during the pandemic

That mindset also helped her weather the Covid pandemic.

After stores shuttered in March 2020, Minkoff said she lost 70% of last year’s business. She focused all her attention on her direct-to-consumer sales and spent a lot of time talking with her customers on social media and through her podcast, “Superwomen.”

“It would have been a lot easier, a lot less work to be like, ‘Well, that was fun. … Just shut everything down, we’ll be back in a year,'” she said.

“We chose to keep going,” she added. “We said we owe it to ourselves … to give this everything we got.

While Minkoff doesn’t disclose sales figures, she said in a May 2019 interview that her gross sales figures were “north of $100 million.” That means the 70% loss she referenced would translate to $30 million in gross sales.

Fortunately for Minkoff, the retailers are back and are increasing their orders. Her direct-to-consumer business was up 10% in 2020from the prior year, she said.

She is also launching new categories, including home, and her second scent is coming out. Later this year, Minkoff will also be collaborating with some footwear brands.

“The consumer, she wants to shop again, she’s excited to go out,” Minkoff said.

Like other female entrepreneurs, Minkoff had to fight for her success.

“We have to stick our own necks out and make the sacrifices and take the risks to ask [for help],” she said.

Minkoff advises being specific when you ask others for help, like where they make their bags or where they get their leather, and to network.

“I used to come home every night and count business cards like they were cash,” Minkoff recalled.

35 million stimulus checks haven’t been sent out. Who is waiting for money?

Rules of thumb are common in financial literature. Who can disagree with “buy low, sell high” or “decrease your risk

Will My Social Security Benefit Be Lower If I Stop Work At 63 But Delay Filling Until 67?

No, There’s No Such Thing As ‘Investing’ In Eldercare

Still Didn’t Get Your Stimulus Checks? File A 2020 Tax Return For A Rebate Credit Even If You Don’t Owe Taxes

How To Lose $20 Billion In Two Days

Get The Latest Investing Tips
Straight to your inbox

We respect your privacy and take protecting it seriously